In the world of antique and decorative carpets the name Nazmiyal has become synonymous with exceptional quality of design, color, and craftsmanship. This reputation did not happen overnight. It represents the culmination of years of experience, effort, and imagination.

Jason Nazmiyal, founder of New York’s Nazmiyal Collection, came to the United States in 1979. After attending American University in Washington DC, he opened up his first carpet gallery in Short Hills, New Jersey. Jason built his reputation and business from the ground up. From the outset he had a vision and worked tirelessly to become one of the best purveyors of antique, artistically outstanding rugs and carpets. He strove to acquire an inventory that came to be recognized increasingly for its range and quality. By reinvesting the profits back into the business for decades, Jason soon developed his company into the only reputable source for artistically significant rugs and textiles in New Jersey at the time.

Each piece that Jason sold provided the opportunity to acquire even better pieces. As the caliber and size of his collection grew, so did his following. One by one, designers, collectors, consumers and auction houses became loyal supporters of his work. New clients became lifelong customers, and many became close friends. During the late 1990’s, Jason’s retail operations were a massive success. With stores in Short Hills, Red Bank and Morristown, New Jersey, Jason could simply have rested on his accomplishments. But his passion for the old and rare pieces made him strive toward higher goals.

So in the late 1990’s Jason decided to take the plunge. He moved to Manhattan and established one of the most active high-end wholesale operations for antique rugs. His knack for spotting the best material quickly made him a magnet for other top carpet galleries eager to secure the finest and most beautiful examples. His rapid success in the wholesale market enabled him to understand specific tastes and market trends. By selling to galleries all over the world from Milan and Paris to London and Los Angeles, Jason’s exposure helped give him a profound insight into the various decorative and collector rug markets. In addition to working with dealers and collectors, Jason also established relationships with all the major auction houses, which looked increasingly to him to supplement their sales. Leading houses like Sotheby’s, Christie’s and Bonhams became a major source of revenue that added yet another dimension to Jason’s enterprise.

Despite this success, the economic downturn of the early 2000’s introduced a whole new set of challenges. First the tech bubble burst, and then following 9/11 the subprime crunch led into the big recession. As a result, the market for antique rugs and textile art began to contract notably as dealers simply stopped paying for the items they bought or had taken on consignment. Once cash flow dried to a trickle and dealers ceased honoring their commitments, the rug and textile business came under tremendous pressure. It was time for yet another change.

Because of the reputation he had among established dealers, collectors and auction houses, Jason decided that it was finally time to open his doors to the public. He started selling directly to retail clients and decorator markets. But now Jason had to compete with dealers who already had the retail market cornered. These galleries had been advertising for years in all the leading interior rug, textile, and design publications. Investing in print ads was also extremely expensive. But there was still one place where no one in the rug business had as yet established any real presence – the little known and ‘risky’ internet. Younger people may not realize that back in the early 2000’s, customers were already very much afraid of credit card and identity fraud. People were so uneasy that many were disinclined to give even companies like Amazon and Ebay their credit card information. But Jason felt that the internet held the key to future business success. As a result, the Nazmiyal Collection began to develop its online presence. The dealers who heard about this new approach used to come in and poke fun at Jason. They insisted that he was crazy to invest so much time and money into this new ‘market.’ They would claim that no one would ever buy a rug for $5,000 online, let alone one for $100,000 or $500,000.

But Jason dismissed such close-minded ‘old school’ dealers and set his sights on creating the most comprehensive online resource and information guide about antique rugs and carpets. There, potential clients could encounter far more than an inventory catalog. They could discover the history of carpet weaving as an art form, or they could find out what distinguished urban workshop carpets from village and nomadic rugs. They could even learn how rugs were woven. And so as time passed Nazmiyal’s website became ever stronger. Emails began to pour in from consumers, interior decorators, collectors, scholars, curators and people who wanted not only to buy rugs but who simply wished to learn more about this fascinating art form. The Nazmiyal Collection quickly became the go-to online resource for anything related to antique rugs and textiles. In April 2008 Nazmiyal Gallery co-hosted an exhibition with New York’s prestigious Hajji Baba Club featuring early Anatolian kilims from the Wolfe Collection. In 2010 Jason collaborated with the Whitney Museum on the exhibition Paul Thek: Diver, a Retrospective. In May of 2011 Islamic Arts Magazine lauded the Nazmiyal Collection as one of the fastest growing antique rug galleries in the world. So what makes Jason stand out as such a positive force within the antique rug and textile art market? To begin with, Jason has by trade standards assembled one of the largest and most varied collections of antique carpets in the world. Not only is the inventory extensive, it is also exceptional in quality and diversity. Jason’s ability to appreciate the beauty of all forms of textile art has enabled him to align his buying habits with the constantly shifting trends. The fact that his inventory is always up to date continues to attract leading interior designers and antique carpet collectors.

But despite the essentially high-end nature of the carpet business, Jason is extremely sensitive to price points. Realizing how much hard work goes into making money, he does whatever he can to make sure that his prices will be lower than those of any other competitor. His goal is to sell as many high quality rugs as he can with the hope of making this luxurious art form accessible and attainable to as many people as possible. And while the majority of the pieces he acquires are in very good condition, those that have been damaged by time are sometimes just too beautiful to pass up. Restoring rugs and textiles is therefore an important part of his overall philosophy. By returning a beautiful or rare example to its original condition, Jason is, in essence, breathing new life into it. Painstakingly restoring the rugs in the most proper way ensures that they will remain in the world and be appreciated for generations to come. Saving all those pieces that might otherwise have been lost forever goes to the very heart of the passion that has always motivated Jason’s life’s work. It’s all about helping people to connect with ‘the most beautiful carpets in the world.’ 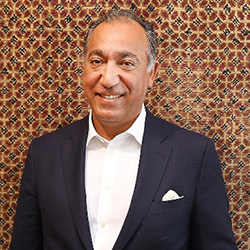 Collector and Dealer Of Rare Antique Rugs, Textiles and Art